Facebook friends are no longer available and our integration won’t be useful much longer. 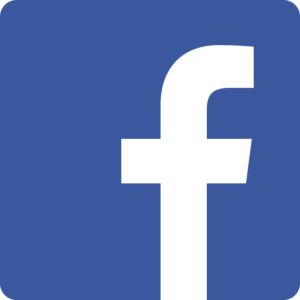 Facebook migrated our application to v2.0 on May 4, so we’ve been limping along with empty Facebook import results since then. We’ve had a chance to feel out the new API and it’s clear that there’s no more value in keeping Facebook as a source. Read more here…

After April 30, 2015, Facebook will no longer let us pull friends from their API. This is kind of a big deal for us, because we depend on this feature to import useful connections with our service.

After April 30, Facebook will force us to upgrade to their newer API (v2.0). This version will “only return any friends who have used … the app making the request.” ^1 This means that any Facebook address books are probably going to be mostly empty.

“In order for a person to show up in one person’s friend list, both people must have decided to share their list of friends with your app …” ^2

In the worst case, none of a person’s friends will have shared their friends with our apps, and we’ll see an empty list of friends. Since the typical use of our service is often designed to reach new people who don’t already know about our apps, this limitation prevents us from reaching the most valuable contacts.

What does it mean?

I anticipate that this will spell the end of our Facebook support.

It’s not hopeless, is it?

It is possible that Facebook may be bluffing about the April 30 sunset. We’ve experienced this before with WindowsLive’s Delauth endpoints. These stuck around for about 6 months before the service actually broke. If Facebook’s v1.0 sticks around for a while longer, we’ll continue to use it while we can.

When the service does switch over to v2.0 of the API, our service will still continue to work. However, you will likely notice that Facebook address books are mostly empty.

We are experimenting with some customers who already have a large base of users that have authorized their Facebook app. Drop me a line if you want to know more.

What should I do?

For the short term, nothing. We’ll be ready to use v2.0 of Facebook’s API so our service will continue to function. We’ll keep an eye on the Facebook API and let you know when it really changes. And we’ll monitor the drop in the number of contacts from Facebook.

I expect the number to drop significantly, and when it does I’ll send out an email.

Reach out to support@cloudsponge.com if you have any questions. I’m happy to help.