Adding address book integrations to their referral form was a huge game-changer for Nuzzel's newsletter.

A newsletter app platform that depends on referrals for growth

One of the most important success metrics for any new app is its growth rate. According to Kent Lindstrom, COO of Nuzzel, you need to focus on building a critical mass of active users before you start worrying about anything else.

“We were looking for growth in users,” explains Kent. “Over time, we would need more revenue and profitability. But at that point, we were still at the stage of needing to grow.”

And while they had some early success, Kent knew that referrals would be key to their growth strategy. If they could set it up so that users were able to easily invite their friends and followers to view their newsletters on Nuzzel, Kent and his team would be able to scale up at a much faster pace. 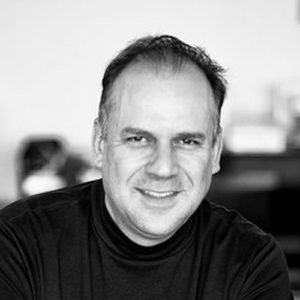 People used to only invite between one and five people. Now, we have users inviting thousands to the newsletter platform from their address books. They’re using it to refer more people than we ever imagined.

“We wanted to make referrals easy, no matter which type of address book people were using,” recalls Kent. “The issue we had is you don’t know where these email contacts are being stored. People might have them on AOL, Yahoo, Gmail, Outlook, or somewhere else entirely.”

Whenever someone wanted to refer a new person to Nuzzel, they would have to exit the app, open their email program, copy the email address of the person they wanted to refer, and paste it back into the app.

It was a time consuming process that most users couldn’t be bothered to do once, let alone multiple times. But, at the same time, Kent says it would have been costly for them to try and develop a simpler solution.

“It can be a challenge for any company, let alone a small company like ours, to hire great engineers,” says Kent. “They’re expensive, and a project like this would cost us a lot of time, and put a lot of strain on our team.”

So, Kent says they decided to explore other options to improve their referral process.

“Instead of building our own referral system,” says Kent. “We decided to take the opportunity to look for a product that already exists. We just wanted to use one product and plug in all the different sources of email addresses people might be using to record their address book.”

The team from Nuzzel discovered CloudSponge, and were immediately impressed with how many address book providers the plugin was able to integrate with.

“CloudSponge integrated with all of the top email systems,” praises Kent. “We saw that as a huge benefit pretty quickly, because almost anybody who had an address book would be able to refer our platform.”

Implementation was easy too. Rather than have to spend weeks or months developing address book integrations themselves, Nuzzel was able to get CloudSponge up and running in less than 24 hours.

“We had an engineer who implemented it in about a day,” Kent remembers. “It was such an easy process. Before long, we were up and running, and people were bringing in their contact lists to us.”

Using the CloudSponge Contact Picker, users were able to seamlessly refer their friends and followers without having to flip between different browser tabs or windows. They could search their address books and share contacts directly from the Nuzzel app.

90% of the newsletter platform growth comes from our referrals using CloudSponge. It has become the key to the success of the platform.

And rather than have to worry about maintaining all of the separate email integrations themselves, Kent says he was relieved to know the CloudSponge team had everything handled for them.

“Their customer service is very responsive and personable, which ended up being an added benefit as well,” says Kent. “It didn’t matter if we contacted them in the middle of the weekend…They were always there to help solve whatever problem we had, very quickly with no delays.”

Average number of referrals increases by 1,900%

Since they started using CloudSponge, Nuzzel has seen referrals on their platform explode.

“90% of the newsletter platform growth comes from our referrals using CloudSponge,” praises Kent. “It has become the key to the success of the platform.”

Whereas before an average user would typically refer around five other people, Kent says that an average user now refers 100 or more. That’s an increase of more than 1,900%!

“People used to only invite between one and five people,” says Kent. “Now, we have users inviting thousands to the newsletter platform from their address books. They’re using it to refer more people than we ever imagined.”

And because Nuzzel doesn’t have to create or maintain any of the referral address book integrations themselves, Kent says CloudSponge has helped to save them a lot of time and money as well.

“We certainly saved thousands of dollars,” Kent estimates. “CloudSponge reduced our engineering costs by not forcing us to build all those different components and maintain them. The cost savings are significant.”

And the results aren’t slowing down either. Kent says they are now getting more users sharing contacts from their email address books than ever before.

Nuzzel offers personalized news discovery and curated newsletters to help users stay informed on topics that matter most to them.

Nuzzel was looking for ways to grow their newsletter subscriber base and they identified referrals as a huge potential source of growth, but they needed an easier way for users to share contacts from their email address books.