Allowing people to create recipient lists directly from their address books has made a massive impact on PledgeStar's performance.

PledgeStar makes it fun and easy to ask family and friends for donations. It’s the simplest, least expensive and most effective way to squeeze every last dollar from your Jog-A-Thons, Walk-A-Thon, Read-A-Thon or any other pledge drive. With the addition of CloudSponge to their business platform, they were able to streamline their user experience and meet their customers’ needs, save time on internal development and maintenance, and achieve exponential new growth in sales. Allowing people to create recipient lists directly from their address books has made a massive impact on PledgeStar’s performance.

PledgeStar is an online platform designed for families with school-age children to take the hassle and inconvenience out of school fundraisers. It has grown exponentially over the past few years, as parents opt-out of long walks from door-to-door, and instead choose to deliver their child’s pledge drive requests through targeted email.

“PledgeStar makes it fun and easy to ask family and friends for donations. It’s the simplest, least expensive and most effective way to squeeze every last dollar from your Jog-A-Thon, Walk-A-Thon, Read-A-Thon or any other pledge drive,” said the company’s sole developer, Jacob Marello.

In the past, participating in a school pledge drive required knocking on people’s doors and asking in person for donations. Marello realized that there’s a much easier way. “Users can simply put their family and friends into an email list, and PledgeStar sends them a personalized pledge request.” Pledges can be made instantly with the click of a button, and nobody needs to leave the comfort of their home. A family photo inside the email allows recipients to verify the validity of the request.

“Friends and family decide whether or not they want to donate,” says Marello. “They click the link in the email, they go to our site, and they can make a simple, easy credit card or check donation to the school.” All these transactions are tracked through the website, which are then easily reported to the event administrators. This allows the event staff to save a lot on overhead for the schools as well.

PledgeStar is a small company based in Lake Forest, California, with just four core members, and Jacob Marello working as the Lead Developer. PledgeStar began with just 3 customers in January of 2013 and grew exponentially from there. “Now we’re running hundreds if not thousands of customers every month,” said Marello.

Increasing Customer Satisfaction through Ease of Use

After achieving initial breakthrough success with the company, they began sending out customer survey emails to discover what additional features users would like, along with asking for suggestions on how the software could be improved. “We actually got the request for importing address books, and it’s something we had kind of toyed with in the past and looked into briefly,” said Marello, “but being the sole developer and having to pour hours into that is just not something that we wanted to do.” 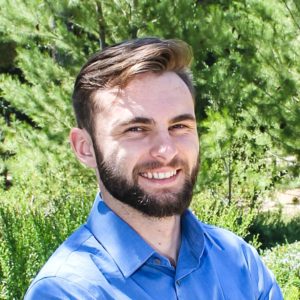 “It’s a fully fleshed-out address book feature that’s quick to implement and easy to maintain…backed by a team that is incredibly responsive to any support requests that we have.”

“When we were first looking into this, we had considered just doing CSV imports, but realized…that we can barely get people to insert the correct format for images, let alone spreadsheets.” Marello and the team decided it was time to find a better solution. “We have lots of customers that love us now, simply because they avoid the customer service nightmare of teaching people how to make CSV files.”

The primary contacts that their customers use are Gmail, Yahoo, and Microsoft. After looking into what it would take to build out those API connections, they realized that they not only have to be built, but also maintained. “Just building out one connection to Gmail would’ve probably taken the same amount of time to build out the connection to you guys (CloudSponge),” said Marello. “You get all your connections done in one pass. It easily could’ve taken five times as long to implement each different connection we wanted, versus simply implementing CloudSponge. Then when you consider the maintenance over the years…I don’t even know what the maintenance schedule on Gmail and Yahoo’s APIs are, and how often we would need to change them.”

They realized that developing this type of solution could take weeks, along with requiring recurring hours for tedious maintenance and repairs in the future. The team decided to search for a tool that was pre-made, remotely supported, and one that potentially used multiple address books already, as opposed to building-out separate ones each time.

Their search quickly led them to CloudSponge. “We did the search for that kind of solution, and we kind of came across you guys,” said Marello.

However, with the seasonal nature of their business, they weren’t sure that the PledgeStar solution would be cost effective. “We contacted you guys, and you were willing to work with us. We came to an agreement that worked well for us,” said Marello. “So being able to find an already-maintained and well-working solution was just exactly what we wanted.”

“We were averaging a count of 10.6 donors per family. After implementing CloudSponge we average about 18.2. So that’s a 72% increase in the number of contacts reached thanks to CloudSponge.”

“Before CloudSponge, we were averaging a count of 10.6 donors per family. After implementing CloudSponge we average about 18.2. So that’s a 72% increase in the number of contacts reached thanks to CloudSponge,” stated Marello.

In addition to building the connection to the CloudSponge address book, they would also have to implement a User Interface. This would require even more time and energy from their sole developer. They discovered the CloudSponge Contact Picker to be the easy solution, and it only required a simple connection. “It’s user friendly and expedited the process for our customers. They can now input friends, family, and colleagues’ names, email addresses, and phone numbers without typing them manually or copying and pasting them from another window,” said Marello.

“We actually had to implement you guys twice…at first we just did email contacts, and then at some point we decided to include mobile and phone number contacts as well,” said Marello. “We moved to including text messaging in our system. I was able to include them in less than a week of development time.”

“The nice thing about CloudSponge is that you have a contact in your address book. If you click that contact, it grabs both the email and the phone number in one pass. You can click any contact, and if that contact doesn’t have an email but has a phone number, it still knows how to grab just that phone number and deal with that case, and vice versa.”

The whole registration process; adding the participant information, photos, and all the donors, takes users an average of 25 minutes. Using CloudSponge reduced this process to an average of 5 minutes for a typical user. “So that’s an 80% reduction in time to sign up, and that number grows significantly if someone decides to add more donors,” said Marello.

This resulted in increased customer satisfaction from the ease-of-use and efficiency of the new system.

“That’s our typical case where someone’s adding 10-15 donors. It would normally take them 25 minutes, because they’ve got to look everyone up, type in all their info, and hit next, and continue to repeat that process. We have other customers who input 30 to 40 donors through CloudSponge, and that would take an hour to do manually. So, the amount of time reduced is significant. It streamlines the process for our families.”

“We wanted the ease-of-use process for our customers…and with the development steps already taken care of, it has definitely met and exceeded our expectations,” Marello continued. “It’s a fully fleshed-out address book feature that’s quick to implement and easy to maintain…backed by a team that is incredibly responsive to any support requests that we have.”

PledgeStar makes it fun and easy to ask family and friends for donations. It’s the simplest, least expensive and most effective way to squeeze every last dollar from your Jog-A-Thons, Walk-A-Thon, Read-A-Thon or any other pledge drive.

Allow people who are creating fundraising campaigns on PledgeStar to input friends, family, and colleagues names, email addresses, and phone numbers without typing them manually or copying and pasting them from another window.